The Law is Local (Free CLE for All Florida Bar Members)

Cost:
Free
CLE Wednesday Wisdom
12–1 PM live on Zoom. Course number 6917 is approved for 1.0 General CLE credit. Free CLE, open to all Florida Bar members. REGISTER
In “The Law is Local,” Florida government law attorney Chris Hand will discuss some of the legal challenges and opportunities that clients may encounter with Florida county and city governments. Hand, a former Chief of Staff for the City of Jacksonville, will highlight the stakeholders and processes available to help Floridians use their effective citizenship skills in making local government respond.
For all of the attention focused on the federal government in Washington and state government in Tallahassee, local government has the most significant and immediate impact on our lives—including our lives as attorneys. 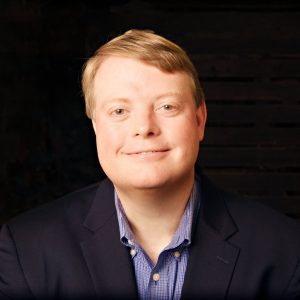 Chris Hand has a long record of public, civic, and legal service. He currently leads Hand Law, a firm that helps clients throughout Florida seek opportunities and solve challenges with government.

From 2011 to 2015, Hand served as Chief of Staff at the City of Jacksonville — the largest city by area in the contiguous United States, 12th largest by population in the nation, and most populated city in Florida. Following his service at City Hall, Hand authored the 50th Anniversary update to the chronicle of Jacksonville’s historic city-county consolidation: A Quiet Revolution–the Consolidation of Jacksonville-Duval County and the Dynamics of Urban Political Reform.

From 1996 to 2000, Hand served as speechwriter, campaign press secretary, and Senate press secretary for U.S. Senator and former Governor Bob Graham. With Senator Graham, Hand is co-author of America, the Owner’s Manual: You Can Fight City Hall – and Win, a guide to helping Americans use their effective citizenship skills to make government respond.

In 2008, Hand served as one of 27 Florida electors in the U.S. Electoral College. Ten years later, Hand helped to lead the bipartisan Groveland Four Clemency Coalition, which worked to achieve justice for four Floridians unjustly accused of crimes. On January 11, 2019, the Florida Cabinet unanimously pardoned the Groveland Four. On November 22, 2021, the Fifth Circuit Court restored their legal innocence.
Hand graduated from the Princeton University School of Public and International Affairs. He was honored with the Daily Princetonian Award for efforts to reform the university’s then century-old Honor Code. Hand later graduated from the University of Florida’s Levin College of Law. The law school student body elected him as president of the student bar association.

In addition to his government law practice, Hand is an author, speaker, and commentator who provides political, legal, and governmental analysis for Northeast Florida media. An enthusiastic hiker who loves the outdoors, Hand lives in Jacksonville with his wife and two children.